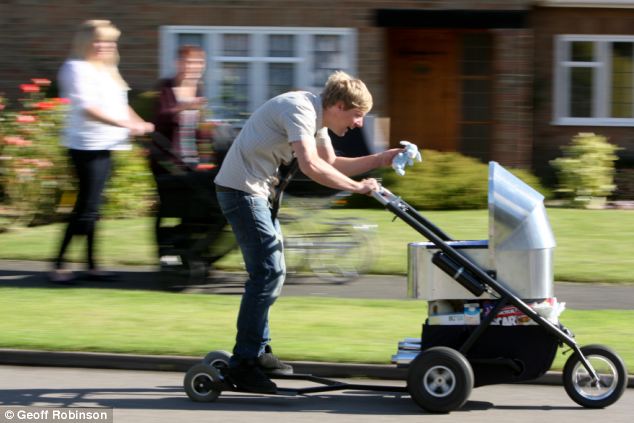 33-year-old Colin Furze of England has built a stroller that will go 50mph.  Colin, a plumber, spent over $700 and four weeks designing and making the stroller, which has a 125cc motorbike engine hidden between the wheels.

‘It is rather scary to drive but I’ve had lots of envious looks from mums and dads, especially when they are pushing their babies up hills,’ said Colin.

‘It is really unstable when it goes at top speed and if you hit a rough bit in the road you are in danger of falling off, but so far I’ve managed not to crash.’

Dads Who Are Awesome at Being Awesome!

One Response to "Dad Builds a Stroller That Will go 50mph"