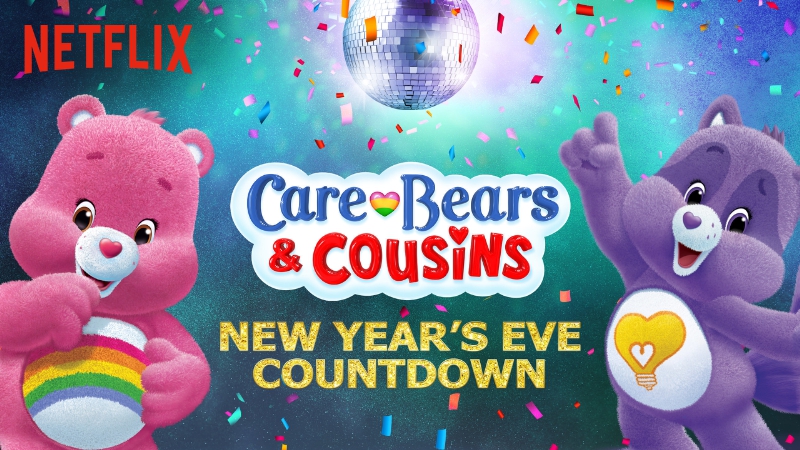 So Neflix is here to save the day with a perfect line up of kids programing that help countdown at 9pm and save your sanity. The kids will never know better!

According to the Netflix press release, “kids can pick their favorite character or ring in the new year again and again with countdowns featuring Oona and Baba of Puffin Rock, Care Bears & Cousins, Inspector Gadget, the Project Mc2 girls, and all of their DreamWorks Animation friends including King Julien and Mr. Peabody & Sherman.”

The company says research shows more than half of parents around the world (58%) would jump at the chance to put their kids to bed before the clock strikes twelve on New Yearâ€™s Eve.

With the shows preprogramed and ready to go, you can make your countdown happen at anytime.

While 97% of parents across the globe are spending New Yearâ€™s Eve as a family, how the celebration unfolds varies by region.

Parents in the US, UK, Canada and Australia agree 9 p.m. is the new midnight. Nearly half of parents in these countries say theyâ€™d countdown those famous 10 seconds by 9 p.m. (49%).

American parents arenâ€™t afraid to play trickster. 41% of US parents have or plan to use a special New Yearâ€™s Eve countdown as a way to get their kids to bed early.

I highly doubt weâ€™ll make it to midnight ourselves. 9 p.m. sounds like a pretty good time to hit the sack to me. I surely canâ€™t be the only one? ðŸ˜‰

How Much Should You Pay Your New Yearâ€™s Eve Babysitter?