Go-go back to your childhood! With a brand spankin’ new reboot of our childhood favorite cartoon ‘Inspector Gadget’.

Friday, March 27th, Netflix dropped a nostalgia bomb on us all when they release 26 brand new, CGI animated episodes. In the trailer below, the bionic detective is just as bumbling and clueless as ever before but doesn’t look like he’s aged a day. 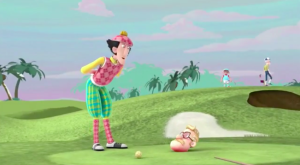 In a release last month, Netflix announced the return of the Inspector, Penny, her dog Brain, and all the high-tech gadgets we can imagine. They offered just a little bit of the premise saying, “Dr. Claw has reactivated his global crime syndicate MAD and Inspector Gadget must stop him!”

The trailer has what could be a hint of a slightly reworked theme song but we’ll have to wait until it drops to see if the iconic theme will still be around.

Here’s a look at the trailer!

Netflix ays the episodes will premiere exclusively in the U.S. in March, then join the service at a later date in Latin America, the U.K., Ireland, Benelux, France and the Nordics - after the initial broadcast in each country.

Why excited are you to share the ‘Inspector Gadget’ reboot with your kids?

10 Secrets to Save Money at Disney Theme Parks