The red headed stepchild to Fruit Loops.  The circle cereal no one wants to wear on their cereal themed string neckless.  The flavorless companion to the Honey Nut, Frosted, even chocolate Cheerios.  I believe original Cheerios remain on the market for basically one thing.  Babies.

I’ll hand it to them, they’ve made some great commercials, and stood by their message when a few internet trolls tried to take them down.  Kudos General Mills.  Though better yet, I’ve learned Cheerios can simultaneously teach your little one how to feed themselves and apparently the dog at the same time.  It really is a matter of convenience, I rarely have to feed the dog anymore, the baby does it for me. 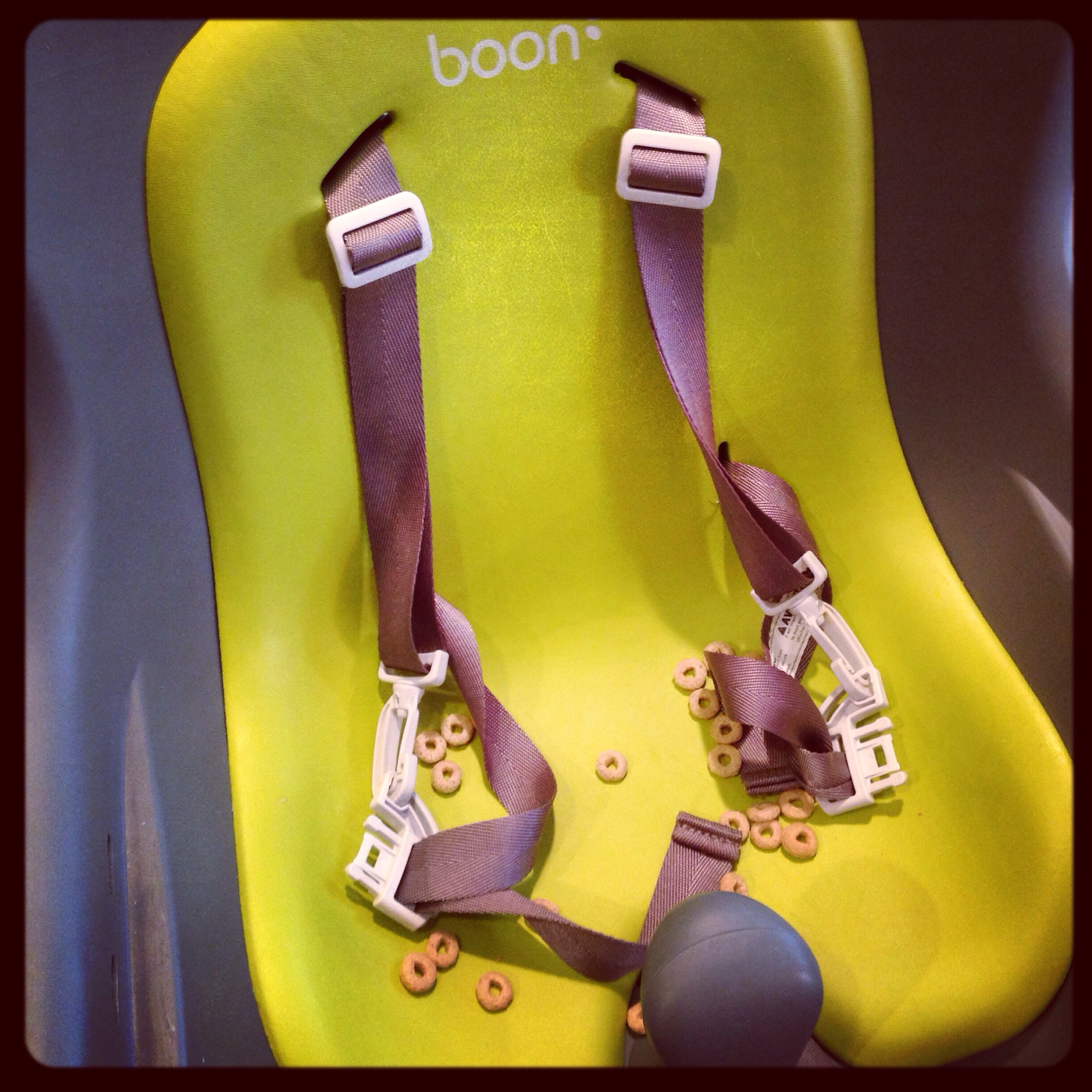 The aftermath of the Cheerio feeding

About two weeks ago we started giving him (the baby, not the dog) some Cheerios during our dinner time.  To work on his hand to mouth coordination, in addition to his pincer grasp, the name of this stage of development.  At first it was a slow start, the Cheerios seemed to magically disappear no where near his mouth.  Understandable, since this was his first go at it.  For every one Cheerio, four fingers would go into the mouth, and said Cheerio would fall somewhere into the depths of his high chair or onto the floor.  It’s actually a pretty good magic trick.  He’s now performing nightly at the dinner table, and recently demanded his name be on the marquee out in front of the house, tickets are already sold out. 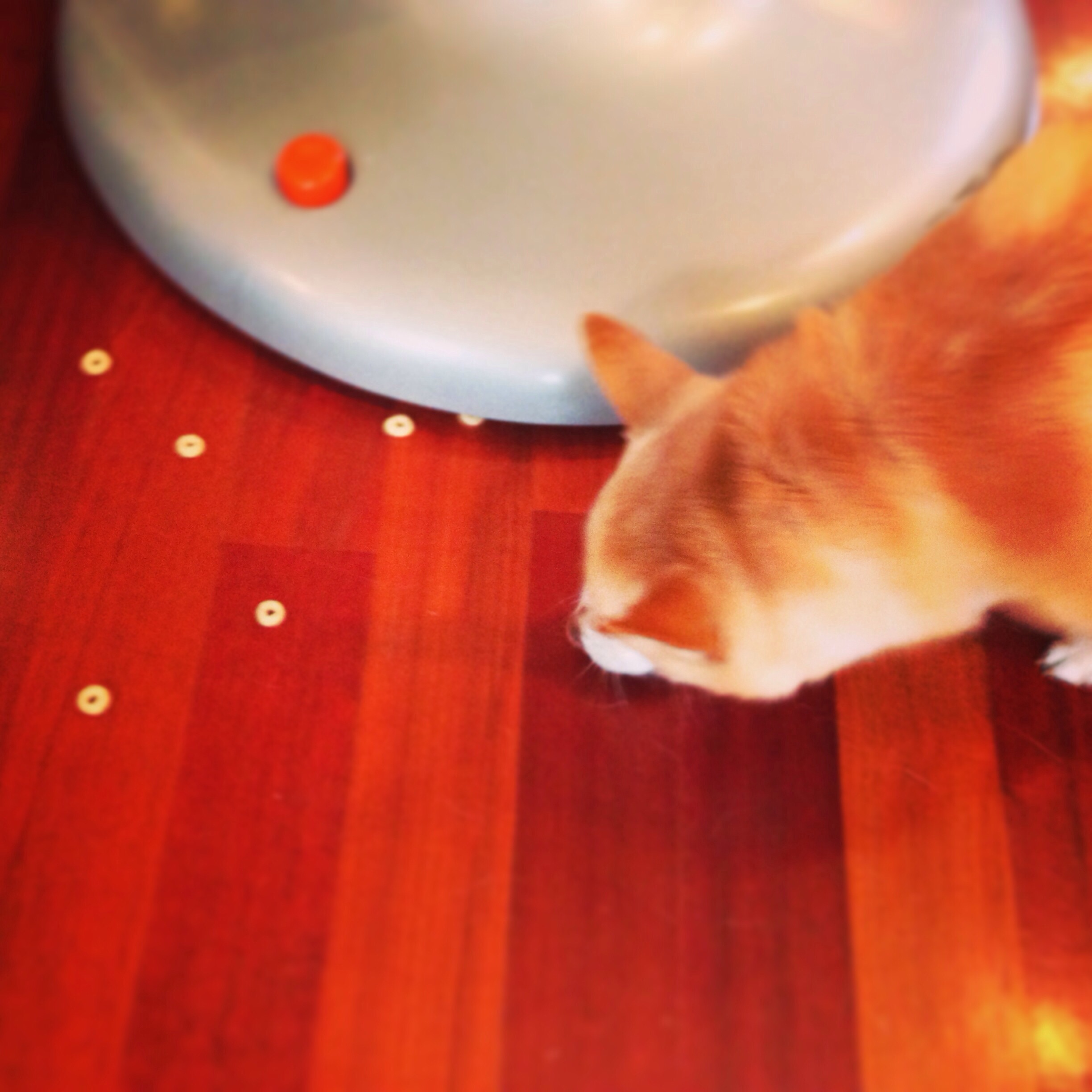 Blazer, our dog, sits with eager anticipation looking upward at every Cheerio, hoping it would somehow miss the chair and tumble down onto the floor where he could scoop it up with one lick of his tongue.  If we didn’t know any better, we’d think the two of them are in cahoots.  Nevertheless, at the conclusion of our nightly “The Amazing Cheerio” disappearing act, Blazer gets to reap the benefits of the evening’s performance.  As with any good trick, the secrets are revealed and he gets to devour them as if he’s found the holy grail of snacks.

Now a few weeks in, our guy is “grasping” the concept quite a bit more and doing a much better job cleaning his tray and getting the Cheerios to his mouth.  Much to the chagrin of his partner in crime.  More in the mouth means fewer on the floor.  His canine assistant may be looking for a new act to follow, now there’s fewer incentives.

Just bringing the box out of the pantry garners smiles, screams, and clapping, he really likes the Cheerios.  The rapid development going on right now, is quite wonderful to watch.  He’s picking up on words and actions by us, and is now even starting to mimic things we do.  Thankfully not our words yet.  This Cheerio connection he’s built is another step in the growing process.  Though I’m sure in a few short years I’ll be begging him to eat this far less exciting cereal instead of the ones pitched by a leprechaun, toucan, tiger, or bunny rabbit.

“There’s plenty of flavor,” I’ll say.  “Remember when you used to eat them all the time?”

“No dad.  I was a baby.  Plus, remember that time you wrote on the internet they didn’t have much flavor?” is the reply I imagine I’ll get.  Hard to reason with that.

High Chair “Flair.” It’s a Boon For Us Messy & Memorable: Why Starting Solids Is A Boost For Babies & Parents