Smart People Tell Us What the Future Holds for Our Kids 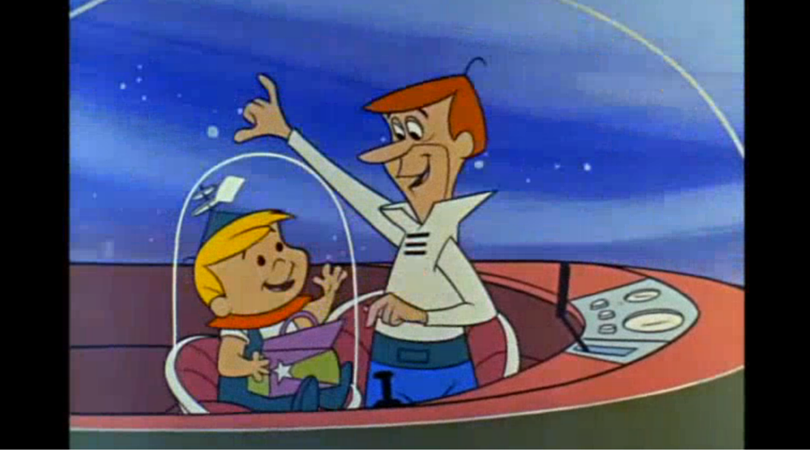 Anyone got a crystal ball?

With driverless cars, will our kids ever actually drive? How many jobs will go to robots? Will college matter? Will fossil fuels still dominate our energy consumption? All of those questions may have not crossed your mind but they have for some super smart people. 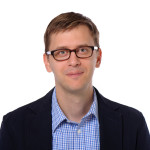 Jason Swanson, Director of Strategic Foresight at the KnowledgeWorks Foundation

Jason Swanson is the Director of Strategic Foresight at the KnowledgeWorks Foundation. He “explores the future of learning, helping stakeholders translate future insights into forward thinking visons for transforming education.”

He sounded pretty smart and he didn’t let us down.

While our kids are just toddlers now, driving around in their Cozy Coupes, one day they may just be driving their personal spacecraft. And that raise a few concerns for us.

Check out our interview with Jason on why homeownership may no longer be part of the American Dream and why the national debt really is a serious problem for our kids.

With college costs continuing to rise and now already starting to become unaffordable for the average family what will it look 15 years from now?
Higher education is a sector experiencing a lot of change at the moment. As you mentioned, there is the trend of increasing tuition to consider. There is also a skills gap in terms of the skills new graduates have and the skill employers need, yet at the same time there are record numbers of employers requiring four-year degree for even entry level jobs, not to mention new direct skills training programs like General Assembly that can offer employer sought skills, with low tuition and a relatively short time frame for completion, often times 3 months, rather than a number of years.

We also need to think about what work and having a career might mean in 15 years. Jobs are increasingly becoming ad hoc in nature, and the idea of climbing the career ladder has really been replaced with navigating a career lattice work, so we need to teach our learners today how to be in a state of constant career readiness and to reskill and upskill. I am not sure if a college degree in its current form can offer that.

I recently explored some potential futures for credentials and one of the insights I was left with was that any real meaningful alternative to the four-year degree will be a credential that is picked up by the employment sector. The baseline or expected future in that paper was that the four-year degree and k-12 diploma would still be dominant credentials but increasingly augmented with micro-credentials, digital badges, and other certificates of training to prove that the learners can and have been reskilling and upskilling as I mentioned before, but has done so in a way that can be verified by a 3rd party.

Related: The Star Wars Accessory You Must Buy

What jobs markets will be hot 15 years from now and which will have shrank most?
That’s an extremely tough question. There are a lot of questions these days as to what effects automation and artificial intelligence might have on the workforce. There have been some statistics citing that nearly half of the current jobs in the USA are susceptible to automation. Of course, in 15 years there will be new industries with their own value webs and ecosystems spawning new jobs, but a critical question is how many of those new jobs will need humans?

Thinking of what might shrink in the future, I would look for jobs that have routine cognitive functions to be the areas that would likely contract. A good example can be found in the taxi service Uber. Uber has software that has gotten rid of the middle management layer. A machine dispatches the car, gives the driver the best route, takes the payment, and even can fire the driver.

For jobs that might grow in the future, anything highly skilled, such as a doctor or engineer might be safe. We have an aging population, so medical and care-related areas should be ok. Jobs that are high in creativity and social skills will be hard to automate. The key here, I think, is to really teach our young people an entranpanuerial mindset;  a mindset that seeks to self-learn, relearn, and upskill, and one that is not afraid to take a chance.

For the next generation will home ownership still be part of the American Dream?
I think for some it will be. There is the critical question as to the future of work, if we have a large amount of unemployed or underemployed, getting a loan to own a house is probably unlikely. I think there is also a built in risk aversion for any young person who remembers 2008 and the great recession. I am not sure if they are putting off homeownership all together, or delaying what were once considered major life milestones (buying a house, marriage, having kids) until later in life. I think there is a larger queston here, and that is what might the American Dream be for young people today? I am not sure if there is consenus there anymore.

Related: Escaping the Crib and into a Big Boy Bed

Do you think kids born today will ever drive their own car?
I think so. I think that cars in 16 years will allow for a human driver. I am uncertain as to how far the automated car market will have grown in 16 years. My guess is that there will be models on the market, but they will be relegated to using something like an HOV lane on highways rather than being driven in cities. Once they come to market, it will take quite a while until the the majority of cars on the road are self-driving, which makes me think that their use might be limited to longer hauls on highways and interstates, places without a lot of “stop and start” type driving.

Will fossil fuels still be the dominant energy source in 2035?
Yes, I do. I think we will have a more diverse portfolio of energy sources, but I think coal, oil, and natural gas will still be major sources of energy. Even if we make a transition to renewables, we still need to transition off of them as we build proper infrastructure, such as an updated energy grid. The price of solar is falling  and the efficiency is climbing. We just had Elon Musk release the power wall, so I am hopeful we can and will make a transition over to renewable sources of energy, but it will take time. We have a lot of coal and natural gas here in the USA, and coal especially is cheap and energy dense, so in a lot of ways the marketplace, meaning the consumer, will actually decide in the end which sort of energy we use.

How big a problem will the national debt be for our children?
That’s a great question. I am not an economist, so I am probably not the best person to answer, however, I will say that we need to update our infrastructure, both from a safety perspective and a competitiveness standpoint, and to do that takes money. If we want to transition off of fossil fuels as I mentioned, we need a smart energy grid. That will take a huge amount money. Our national debt will impact our ability to do these things. I think we need to have a real national discussion about what our priorities are and where we choose to put our treasure.

How do you see public education changing in the future?
There are some big changes going on in the world that will have an impact on education in the future. We talked a bit about the changing nature of work. One of the biggest uncertainties is really what happens when or if work is not longer a central organizing principle in our lives? What becomes the point or reason for seeking an education? If we look at specifics, we can expect the ways and places our young people learn to expand and diversify and to include the modes and formats for school that we are already aware of now, but also include places such as museums, maker spaces, and other locations we think of as informal learning locations now to actually be part of a learner’s learning journey.

Learning will be more personalized in the future, taking advantage of the massive amount of information we generate and share, and the vast quantities of data we generate about ourselves. With these growing oceans of data, we will be able to generate unique insights into ourselves and then find the content that is most relevant to a learner’s interests, needs, and goals. I expect the roles of teachers and other educators to really diversify over time and include skill sets such as data science, neuroscience, and skills for creating worlds in virtual and augmented reality. In general, we might think of education in the future as moving from the traditional, industrial style of learning and taking the form of and expanding, vibrant learning ecosystem.

Jason Swanson is the Director of Strategic Foresight at the KnowledgeWorks Foundation. As the Director of Foresight, Jason explores the future of learning, helping stakeholders translate future insights into forward thinking visons for transforming education. He is a graduate of the University of Houston’s Master of Foresight program and a fellow in the Royal Society for the encouragement of the Arts, Manufactures and Commerce (the RSA) and former Emerging Fellow for the Association of Professional  Futurists (APF).

These People are Doing Pumpkins Better Than You

What Should Your little One Study in College? Here are the Best Jobs Of The Future. Bond With Your Kids Over Books